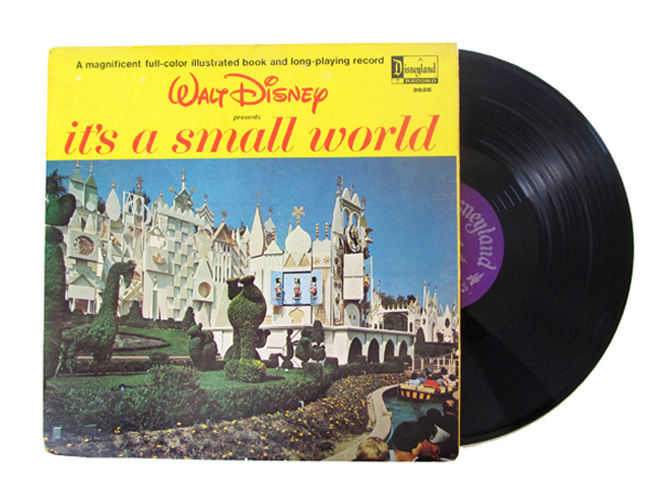 I started collecting vintage Disneyland Records years ago. The album cover art was what initially attracted me – but I now realize how special the original recordings are.  One of my favourites is the narrated version of It’s a Small World released in 1964. The song and attraction were originally created as a UNICEF exhibit – dedicated to the children of the world – for the 1964-65 New York World’s Fair. Today, both are classic and beloved features at Disneyland and Walt Disney World in Florida.

The lyrics to It’s a Small World were written by Richard M. and Robert B. Sherman – the legendary Sherman Brothers. The album was narrated by Winston Hibler – a talented screenwriter of many Disney classics including Cinderella, Alice In Wonderland, Peter Pan and Sleeping Beauty.  It’s a Small World would go on to become the most successful song for the Sherman Brothers and Disney. It was recorded more times and in more languages, and sold more records than any other Disney song. 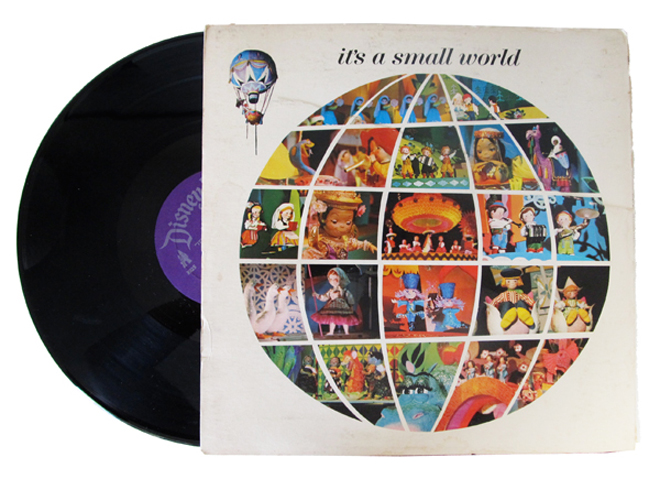 An illustrated book is a lovely addition to the album. The images were clearly inspired by the artistic stylings of Mary Blair. 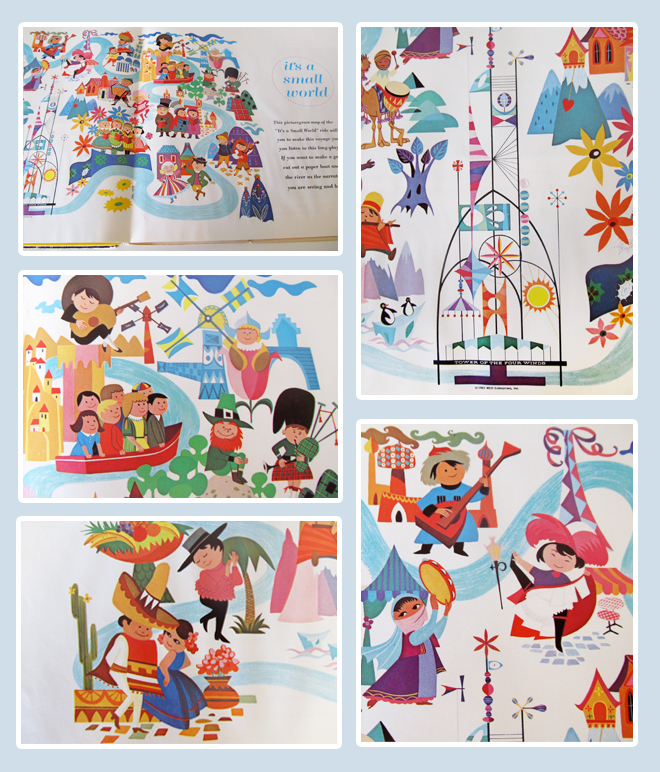 Also included are photographs of  It’s a Small World at Disneyland. Marc Davis created many of the attraction’s whimsical scenes. His wife Alice Davis, a fellow Disney Legend, was a costumer for the dancing dolls. 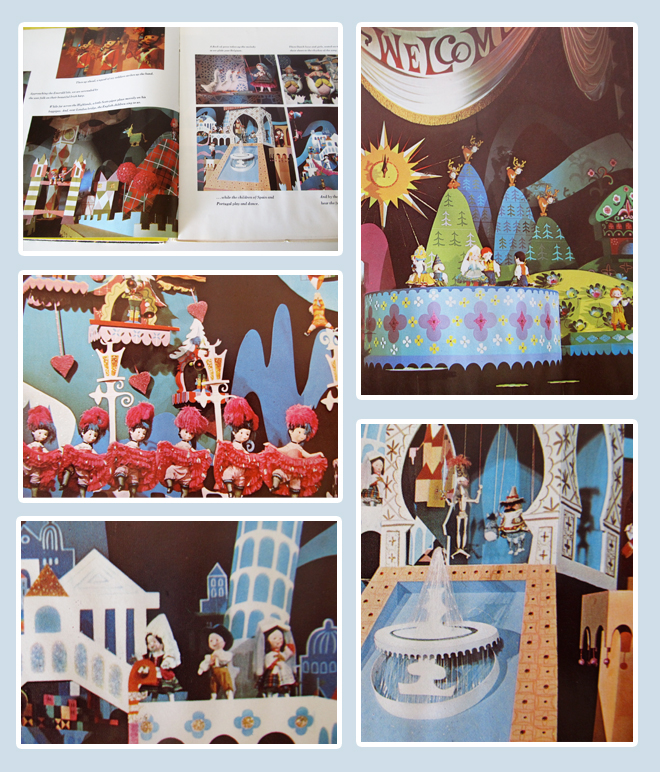 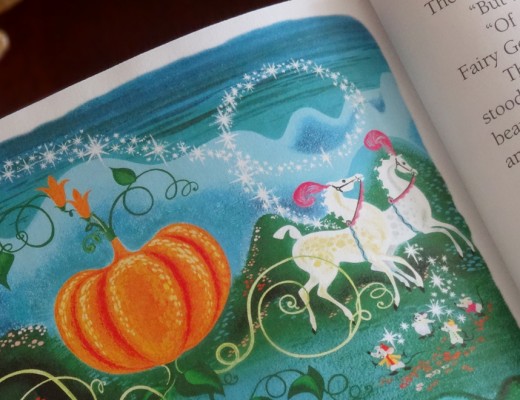 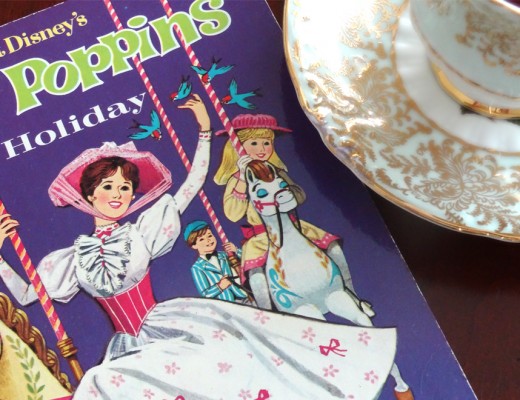