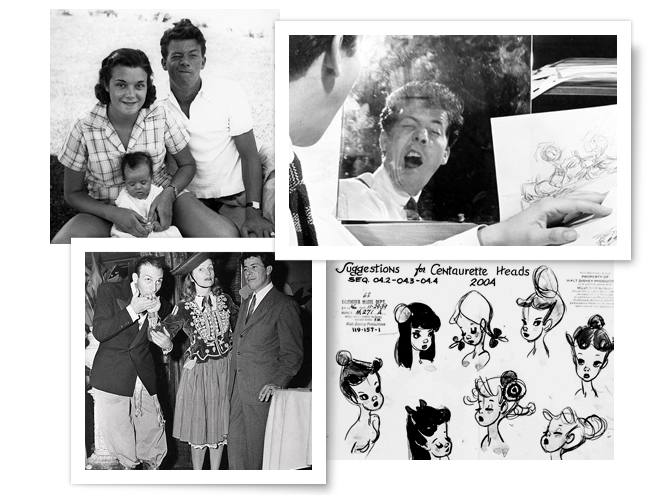 1.  Artistic Training  Attended a handful of night classes at Chouinard Art Institute in Los Angeles which he earned in exchange for janitorial work.

2.  A Start At Disney  When a friend couldn’t make his scheduled interview at the Walt Disney Studio, Fred Moore packed his portfolio and took his place. He would go on to become one of the most influential animators at Disney, inspiring an entire generation of studio artists.

3.  Widely Recognized For  The transformation of Mickey Mouse from the original, old school look to the beloved character still in design today.

4.  Disney Legacy  Directing animator of the dwarfs on Disney’s first feature-length animated film Snow White and the Seven Dwarfs – Fred was appointed by Walt himself. Contribution to 35 animated shorts including the Academy Award winning Three Orphan Kittens and Oscar nominated Brave Little Tailor. Animation of Lampwick in Pinocchio, Timothy Q. Mouse in Dumbo, the Centaurettes in Fantasia and classic characters from Make Mine Music and The Three Caballeros.