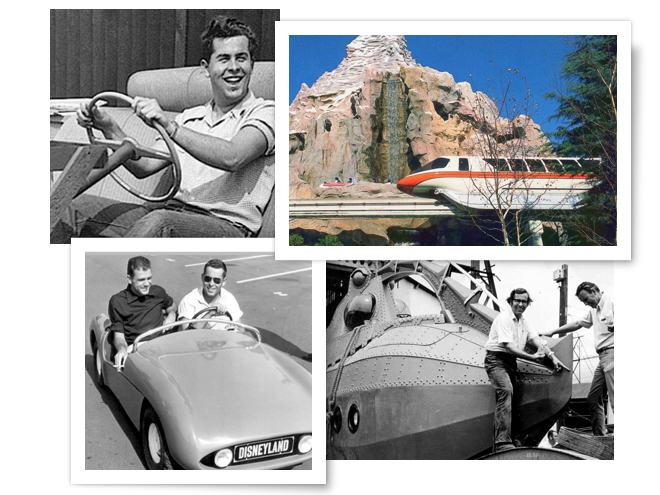 Top Left: Bob Gurr poses behind the wheel that started it all.  Top Right: The Disneyland Monorail and Matterhorn Bobsleds both engineered by Gurr.  Bottom Left: Bob Gurr test rides his design for Autopia at Disneyland Park circa 1955. Bottom Right: Bob Gurr balances on his design for 20,000 Leagues Under The Sea: Submarine Voyage at Walt Disney World Resort in Florida. *Photos courtesy of The Walt Disney Company and the estate of Bob Gurr.

2. A Start At Disney  After graduating in 1952 with a degree in industrial design Bob Gurr was hired by the Ford Motor company.  Soon after he decided to go into business for himself under the company name R.H Gurr Industrial Design.  Gurr’s start with Disney came as a consultant on the design of miniature cars for Disneyland’s Autopia.  Walt Disney was so impressed with his knowledge and skill that he asked Bob to join WED Enterprises, now known as Walt Disney Imagineering.  For the next four decades Bob Gurr’s genius would be solely dedicated to the design of iconic attractions for Disneyland Park and Walt Disney World Resort. 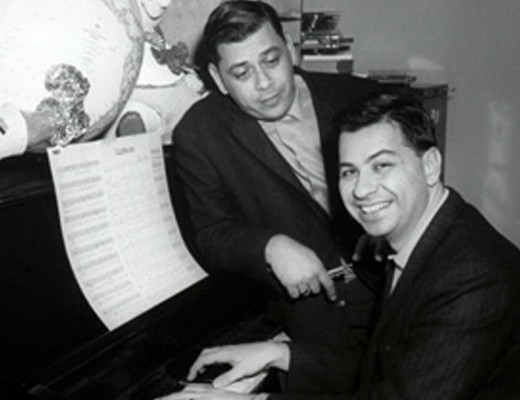