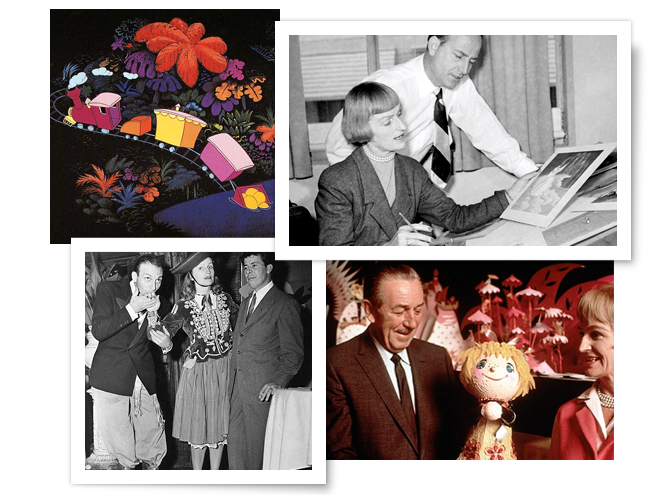 2.  A Start At Disney  After seven years with the animation unit of Metro-Goldwyn-Mayer, Mary Blair joined the Walt Disney Studios in 1940. In 1941 Mary accompanied Walt Disney and several other studio artists on a Disney expedition that toured Brazil, Argentina, Bolivia, Peru, Ecuador, Guatemala and Mexico City for three months. Her watercolours were so extraordinary in capturing the spirit and essence of South America that Walt Disney named her art supervisor on the resulting projects The Three Caballeros and Saludos Amigos.

3.  Widely Recognized For  The design of the beloved classic It’s a Small World created for the 1964-65 New York World’s Fair. The entire attraction was purely Mary Blair in its style and concept.

4.  Disney Legacy  Creating the unique colour and styling concepts for Song of the South, Make Mine Music, Melody Time, So Dear To My Heart, The Adventures of Ichabod and Mr. Toad, Cinderella, Alice In Wonderland, and Peter Pan. The design of exhibits, attractions and murals for Disneyland and Walt Disney World including the iconic mural in the Grand Canyon Concourse of the Contemporary Resort Hotel.

* Research D23, The Art and Flair of Mary Blair by John Canemaker