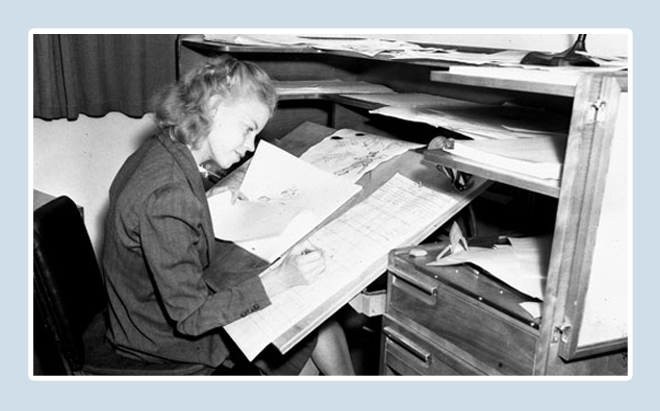 In the earliest days of production at the Walt Disney Studios it was female artists who made up the Ink and Paint Department. They worked on every film with the utmost skill, precision and dedication. The first woman to cross this boundary and become an animator was Retta Scott. Retta’s opportunity to animate for the Walt Disney Studios came shortly after she joined the Story Department in 1938, to work on the now classic Bambi. Her art and style was simply stunning. Disney Legend and Bambi’s animating supervisor Frank Thomas recalled that “Retta had an astounding ability to draw powerful animals. She seemed to have a keen understanding of their moods and attitudes.”

Her impressive story sketches and character development didn’t escape Walt Disney’s notice. Walt Disney oversaw each project and always assigned the exact right artist for the job – even if that talent came from a woman. When Bambi went into production Retta Scott was assigned to animate the scenes featuring hunting dogs chasing Bambi’s mother. In her words “I developed the hunting dogs into vicious snarling beasts…running and scrambling, trying to climb the cliff and sliding back.” Her work would help to build one of the most powerful moments in the film.

After animating scenes for Bambi, Retta was assigned to work on Dumbo in 1941. She later created the weasels for the ‘Wind in the Willows’ segment of The Adventures of Ichabod and Mr. Toad in 1949. Her animating career would be cut short after she married and moved away from California. After her departure Retta Scott continued to contribute her extraordinary work to the Walt Disney Company as a freelance artist. She illustrated the Big Golden Book of Cinderella and Cinderella Puppet Show both published in 1950.

A softer side – from the Big Golden Book of Cinderella.  Retta Scott’s beautiful hand-painted illustrations. 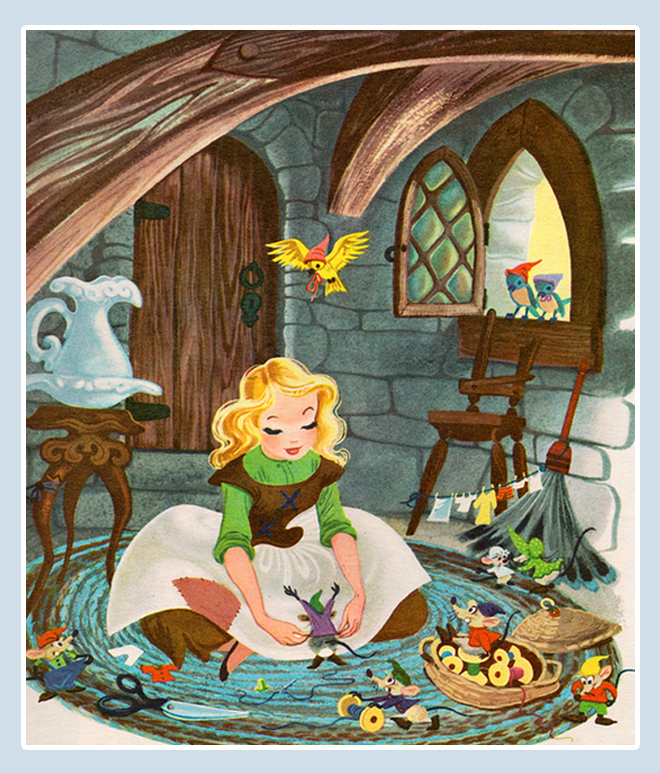 A dress for the ball – fashioned by a few little friends. 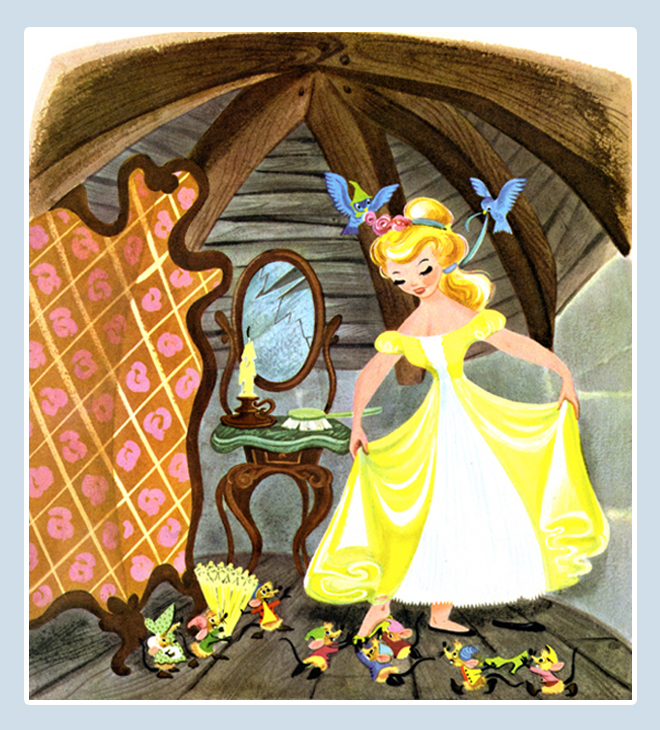