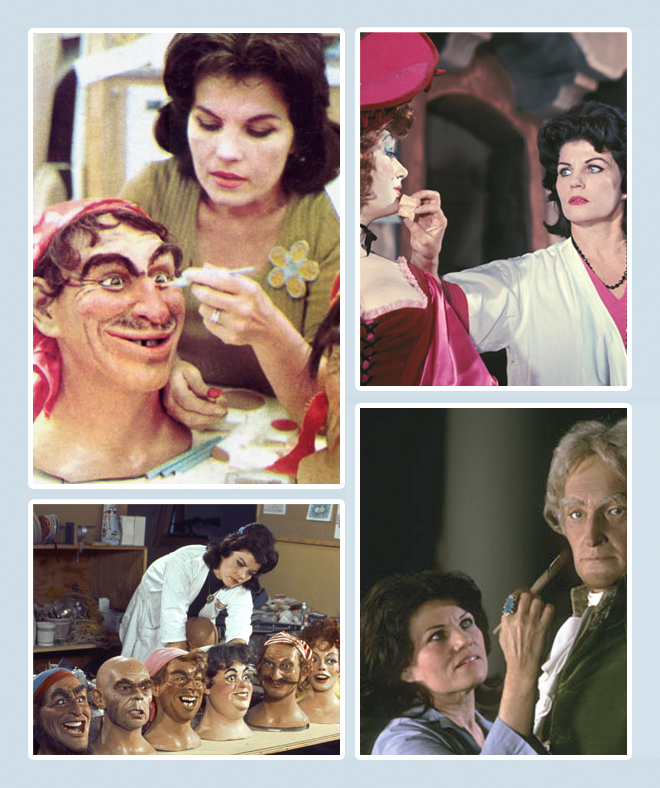 In the 1940’s when creative careers weren’t readily offered to women, Walt Disney gave the opportunity to many. At the Walt Disney Studios the Ink and Paint Department was made up almost entirely of female artists collectively producing thousands upon thousands of film cells of the finest precision. That is where Disney Legend Leota ‘Lee’ Toombs Thomas got her start.

Leota Toombs didn’t remain in Ink and Paint for long. With her unique talent and skillful artistry she was soon transferred to the Animation Department. There she met and fell in love with animator Harvey Toombs and they were married in 1947. Like many women, Lee stepped back from her career to raise their two children Launie and Kim. She would return to the Walt Disney Company in 1962 to join WED Enterprises now known as Walt Disney Imagineering.

Through her new position, Lee worked closely with Walt Disney on some of his largest and most innovative projects.  She created and developed designs for the 1964-65 New York World’s Fair. She played pivotal roles in the creation of the fair’s most memorable pavilions –  It’s A Small World, Great Moments with Mr. Lincoln and Ford’s Magic Skyway – each receiving the year’s highest accolades.

As an Imagineer Leota Toombs’ artistic contributions to Disneyland were numerous. Her craftsmanship and detail ensured that Disneyland’s first attractions would become incomparable classics. She helped bring many of the beloved originals to life including Walt Disney’s Enchanted Tiki Room (1963), It’s A Small World (1966), Pirates of the Caribbean (1967) and the Haunted Mansion (1969). As one of only a handful of women in the WED Model Shop Lee worked both as a designer and artisan.

In 1971 Leota Toombs Thomas relocated to Walt Disney World to create and oversee the onsite team that would maintain the shows and attractions of the new park. She continued her leadership role at Walt Disney Imagineering after her return to California in 1979. Up and coming Disneyland figure finishers and artisans would benefit from her training  by learning from the best.

Despite all of her incredible work for the Walt Disney Company, Leota Toombs Thomas is most widely recognized as the face of Madame Leota, her likeness forever enshrined in the seance room of the Haunted Mansion.

“As I remember,” the soft-spoken Imagineer recalled shortly after making her debut at the attraction which opened at Disneyland in 1969, “my eyes were the right distance apart to fit the test model when the whole thing began.”*

Personally I’ve always thought that a child’s sense of possibility is formed by example. It wasn’t a surprise to me when I discovered that Leota’s daughter Kim Irvine follows in her mother’s footsteps today as Director, Concept Design at Walt Disney Imagineering – creating and inspiring at the same level of dedication and style.

*Photos courtesy of The Walt Disney Company and the estate of Leota Toombs.