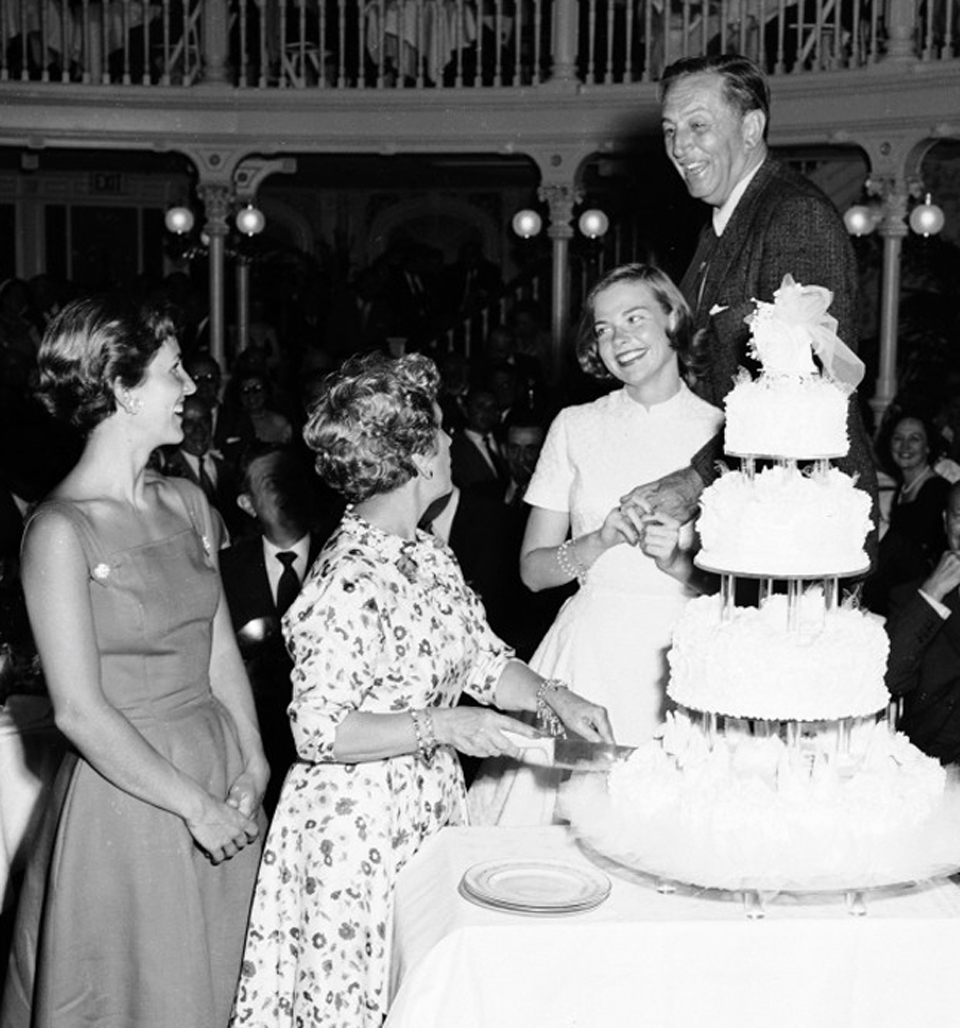 Pictured at Lillian and Walt Disney’s anniversary celebration in The Golden Horseshoe taken four days before the grand opening of Disneyland Park. Diane stands next to her mother Lillian, with her sister Sharon and father Walt Disney.

Diane Disney Miller is remembered by Disney fans around the world as the beloved daughter of Walt Disney. She was an important figure in the preservation of Disney history and was a passionate guardian of Walt Disney’s legacy – always ready to set the record straight about her dynamic father. Diane graciously shared her family history and personal memories opening The Walt Disney Family Museum in San Francisco to bring her father’s story to life.

Diane Disney Miller also played an integral role in the development of the renowned Walt Disney Concert Hall in Los Angeles – a unique venue that she believed would be “a wonderful thing for the city, for the spirit, for the soul.” Diane and her sister Sharon have long been recognized as Walt Disney’s inspiration for Disneyland – a place he created for families to experience together. It continues to be the most magical place today inspiring wonder and bringing joy.