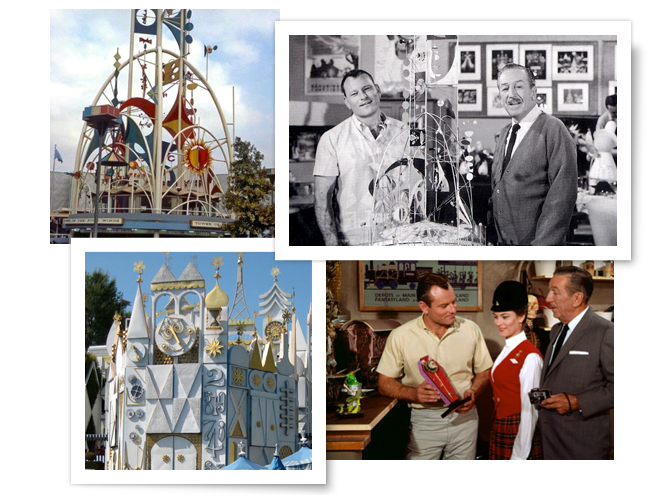 1.  Artistic Training  Without any formal education, Rolly Crump utilized the open-door policy at the Walt Disney Studio to observe and learn directly from Disney animators and film makers.

2.  A Start At Disney  Employed by the Walt Disney Studios in 1952, Rolly began as an in-between artist and later became an assistant animator working on Peter Pan, Lady and the Tramp and Sleeping Beauty.

3.  Widely Recognized For  Key design of Walt Disney’s featured attractions at the 1964-65 New York World’s Fair, including the incredible Tower of the Four Winds marquee for It’s a Small World.

4.  Disney Legacy  Key designer for Disneyland Park’s ground-breaking new attractions and shops including Enchanted Tiki Room, Haunted Mansion and the Adventureland Bazaar.  Design of the iconic animated clock tower at the entrance of Disneyland’s It’s a Small World.  Contribution to the initial design of Magic Kingdom Park at Walt Disney World in Florida.  Project design for the original and unparalleled EPCOT Center.