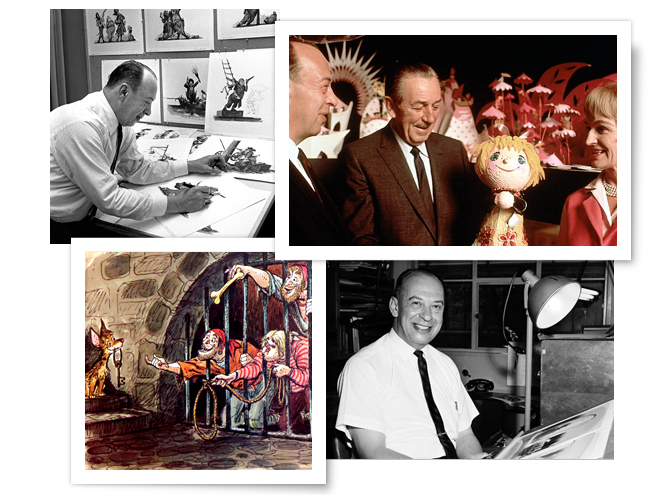 2.  A Start At Disney  Marc Davis’ start at Disney came in 1935 when he joined the Studio as an apprentice animator for Snow white and the Seven Dwarfs.  He then moved on to sketch and story design for Bambi.  His story drawings were among the finest studies of animal character ever created at the Disney Studio.

3.  Widely Recognized For  The creation of some of Disney’s most memorable animated women including Tinker Bell, Cinderella, Maleficent and Cruella De Vil.  Marc said ” Each of my women characters has her own style, I love them all in different ways.”

4.  Disney Legacy  Animator, Artist and Imagineer.  Developed story and character concepts for five of the most beloved Disneyland attractions – The Enchanted Tiki Room, It’s a Small World, Jungle Cruise, Pirates of the Caribbean and Haunted Mansion.  Contributed expertise in the development of the original and unparalleled EPCOT Center and Tokyo Disneyland.