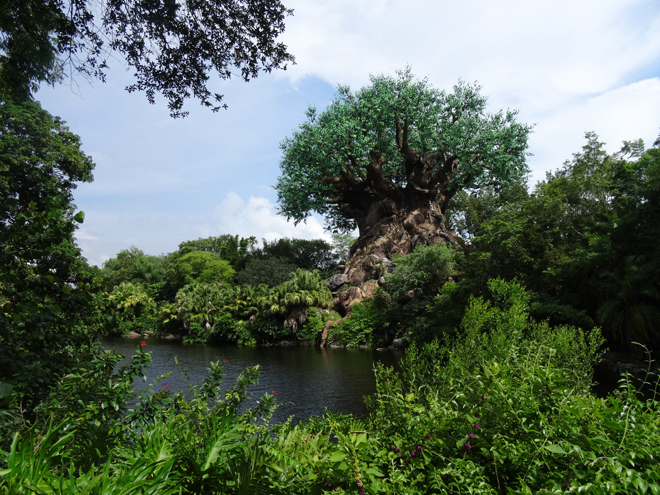 The impressive Tree of Life at Disney’s Animal Kingdom stands fourteen stories high and fifty feet in diameter. It’s trunk is a unique art piece made up of 300 animal sculptures carved intricately into the contours. More than just a decorative feature, the trunk is also part of a massive support structure that allows for a 450 seat underground theatre in it’s root system.  This is where you can see the delightful 3D presentation of – It’s Tough to be a Bug! 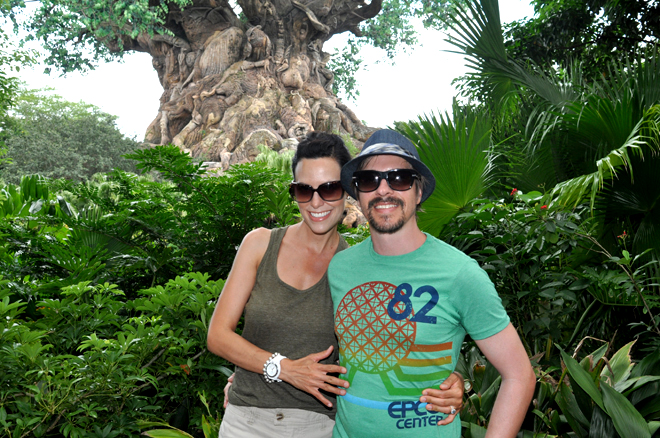 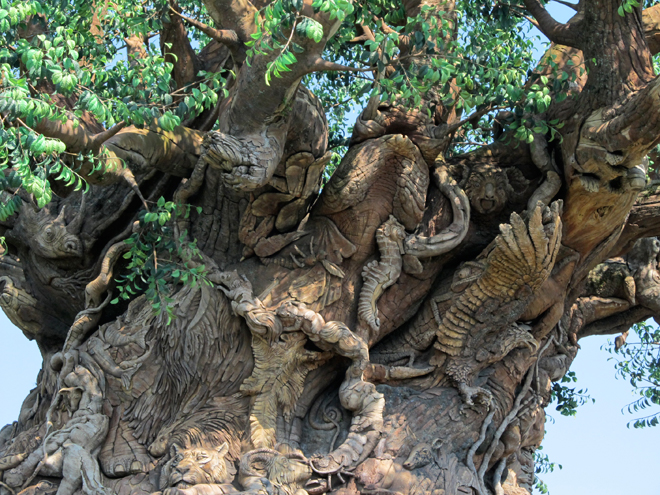 The Tree of Life’s striking realism comes in part from it’s elaborate branch system. There are twelve primary branches – each supported by expansion joints to allow free movement in the wind – forty-five secondary branches, 756 tertiary branches and 8,000 interior branches. The vinyl used to create the tree’s 103,000 individual leaves was specially developed to withstand ultra-violet fading and the effects of wind and rain. 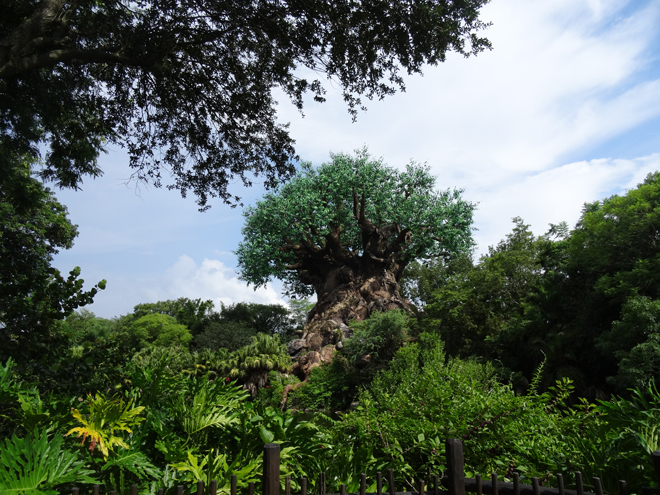 To make the massive size of the Tree of Life possible, a structure that could support the weight of its formidable branches and provide enough space for an underground theatre was required. The brilliant solution was found in the form of a Gulf of Mexico oil platform – a pre-engineered, weight bearing structure that also happened to be the exact right shape.

An oil rig destined for Walt Disney World was barged across the Gulf of Mexico and trucked through Tampa, Florida. During the construction of Disney’s Animal Kingdom the rig was erected in one piece onto it’s foundation and anchor bolts – and it fit perfectly!

A second layer of steel was then wrapped around the structure to create the general form of a tree. The real styling of the Tree of Life would be determined by an Imagineering technical team and the talented artists who would design the network of animal sculptures.

The Tree of Life Takes Form

During the planning stages of the design, the sculpting was done inspirationally onto a small-scale foam model. The completed foam model was sectioned off into cubes – each of which was scanned. The scans were translated into full-size steel and black wire cubes that would be assembled to create a giant metal cage replica of the small-scale model. The full-scale cubes were helicoptered in, placed around the ‘tree’ and welded together.

Sculpting the intricate network of animals took a team of artists twelve months to complete – working rain or shine. To begin each carving, a thin coat of cement was applied to an area of the wire framework. An artist – working from a series of photographs – would then shape and sculpt the soft concrete. Each carving had to be completed within six or seven hours – with just enough time before the concrete hardened. The finished trunk was painted a model brown and grey and topped with a protective clear coat to prevent ultra-violet fading and other damage from the elements.

It’s been almost sixteen years since the amazing Tree of Life was completed – and it looks as incredible as ever. 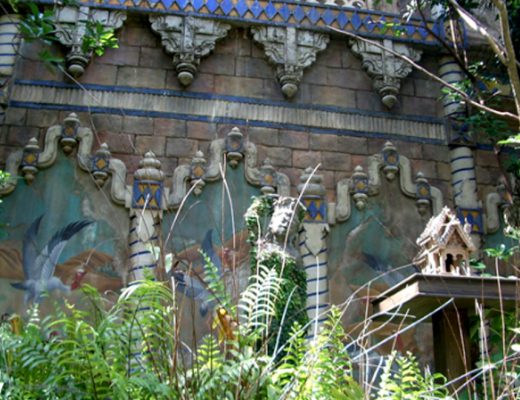 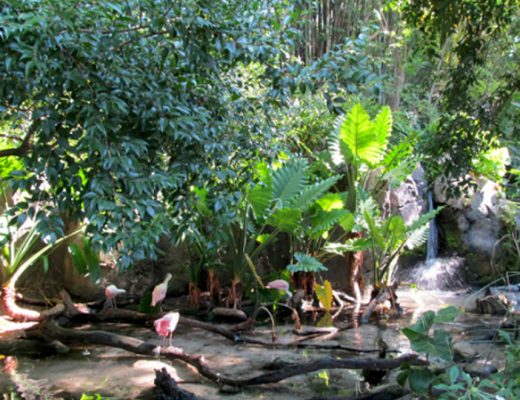 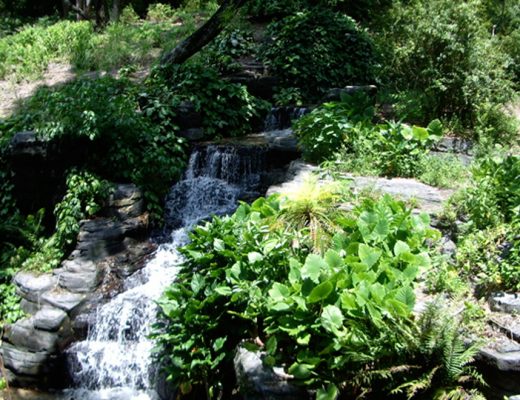