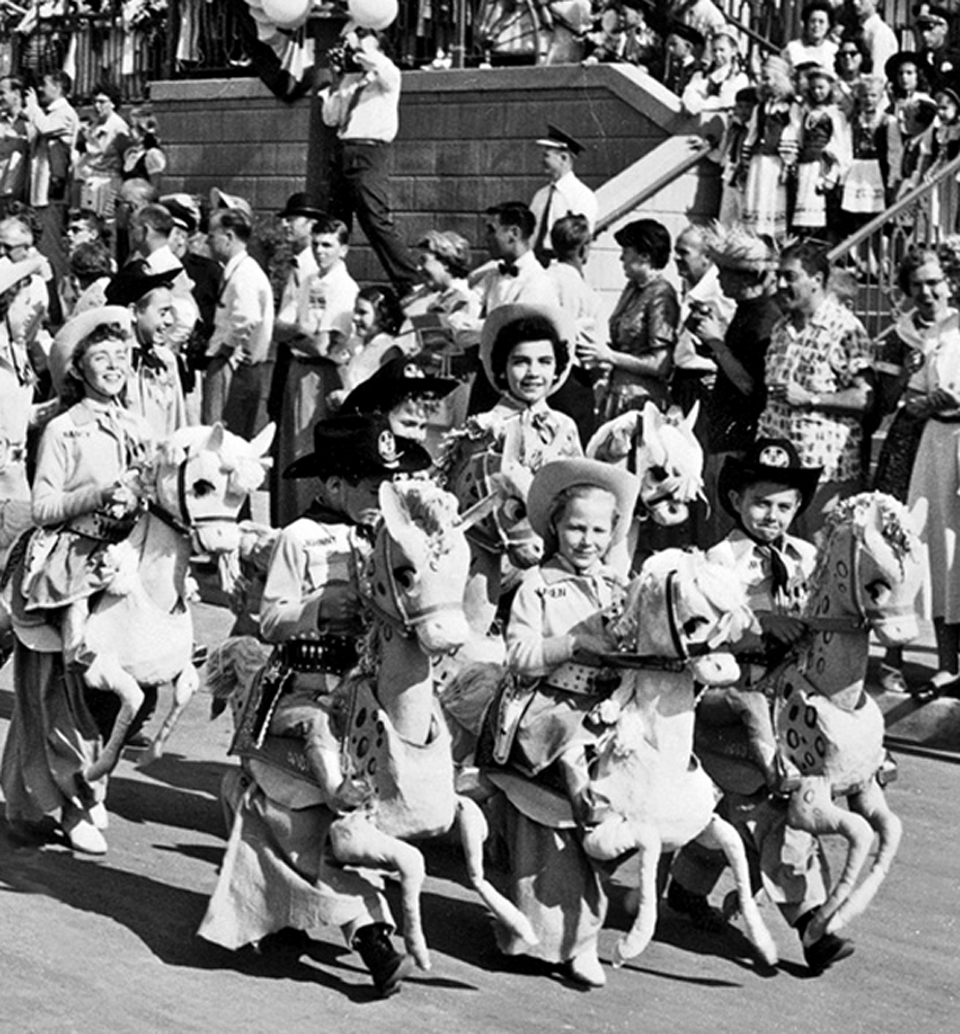 At the opening of Disneyland Park on July 17, 1955.  ‘Riding’ in the centre of a tiny cavalcade – Annette’s career with Disney begins.  An amazing talent and beautiful person, Annette Funicello was discovered by Walt Disney at an amateur program at the Starlight Bowl in Burbank when she was only thirteen years old – an association which I think is magic in itself.  One of Disney’s brightest stars – Annette Funicello will be remembered as a true Disney Legend. 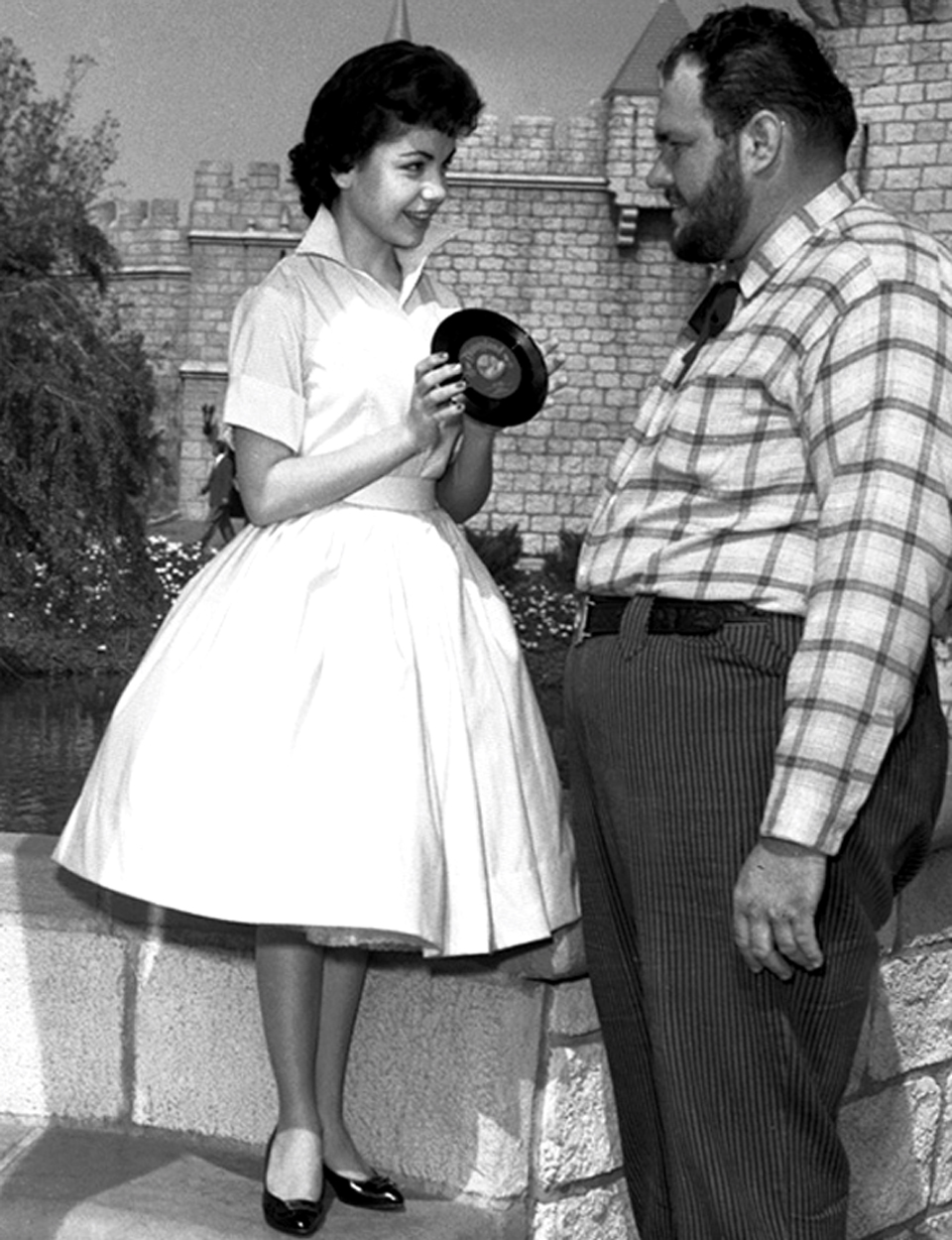 With fans at Disneyland Park. 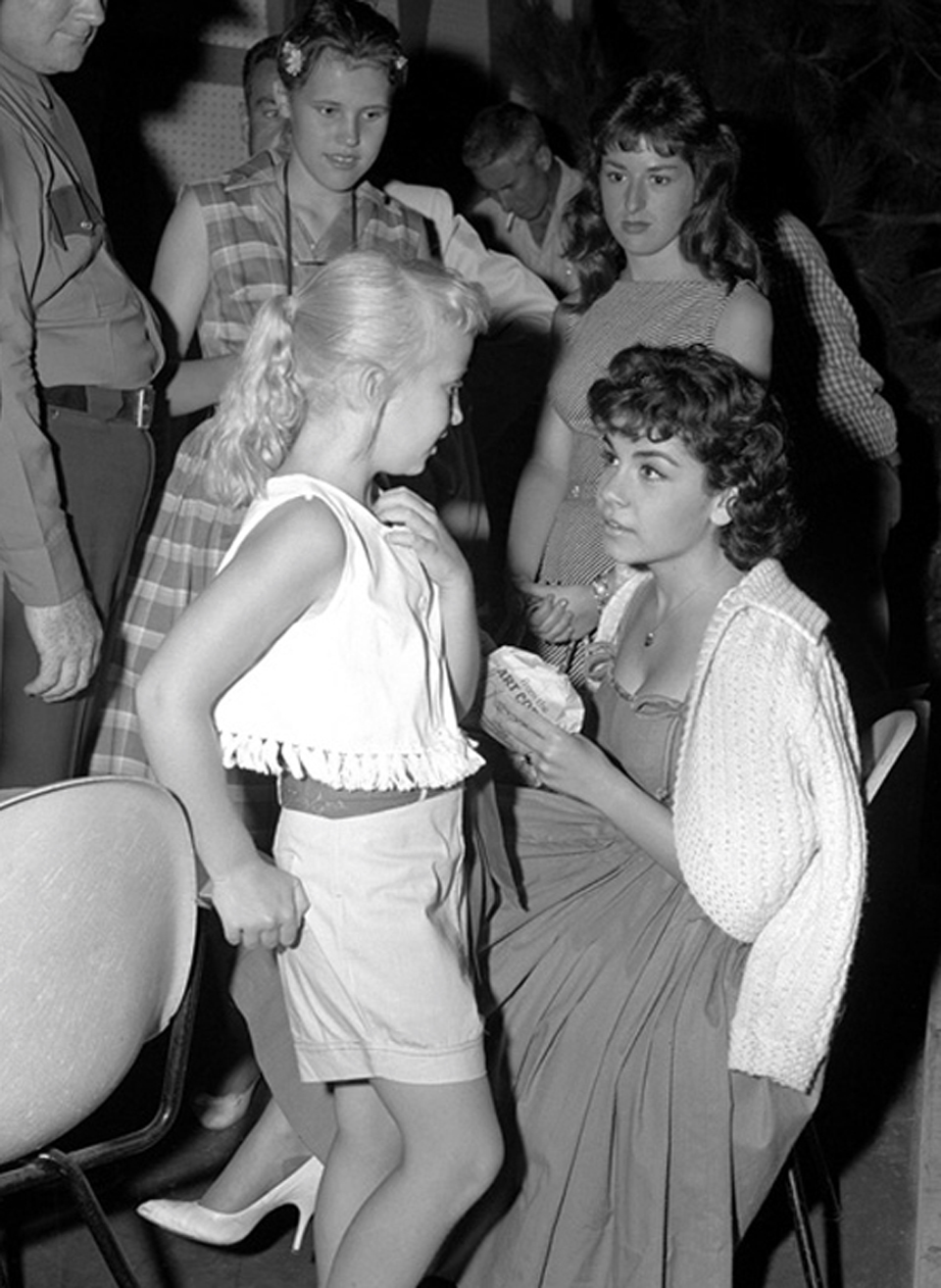 Annette Funicello as Peter Pan perched on Skull Rock – at Disneyland Park in 1961. 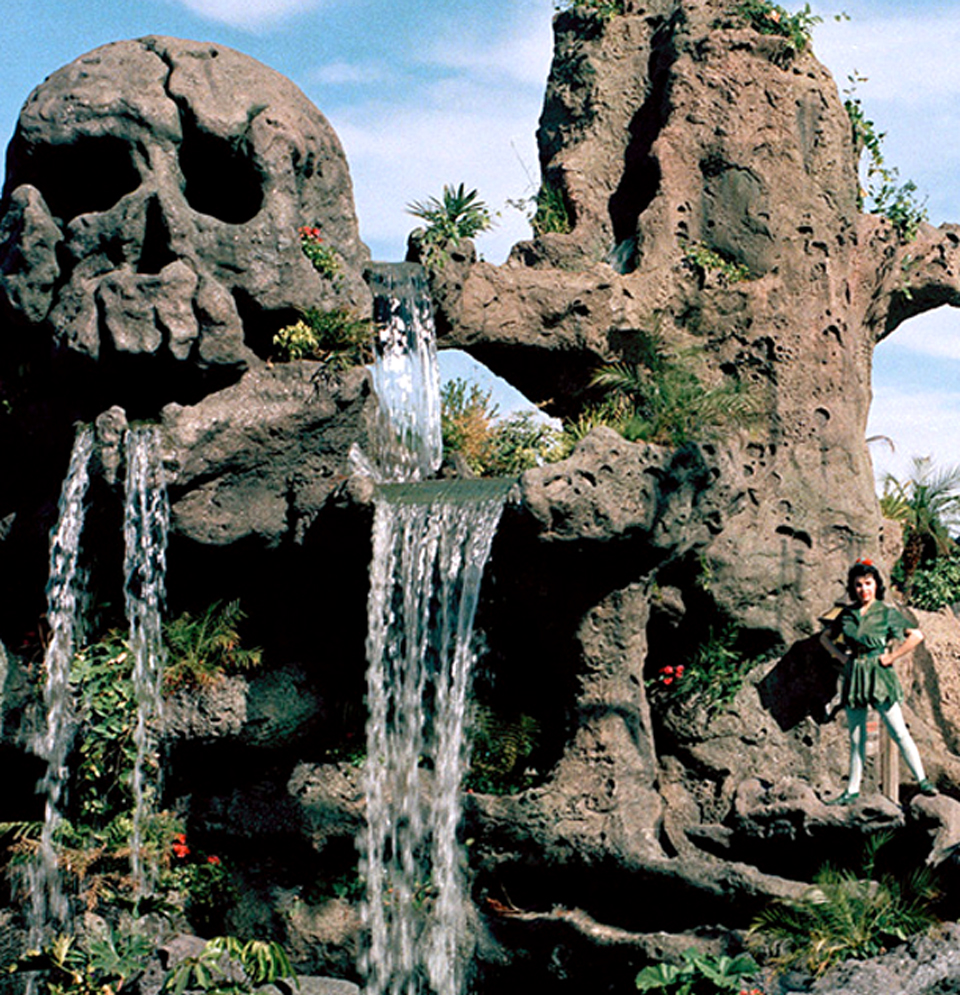 A beautiful Annette in her parade car on Main Street, U.S.A at Disneyland Park circa 1968. 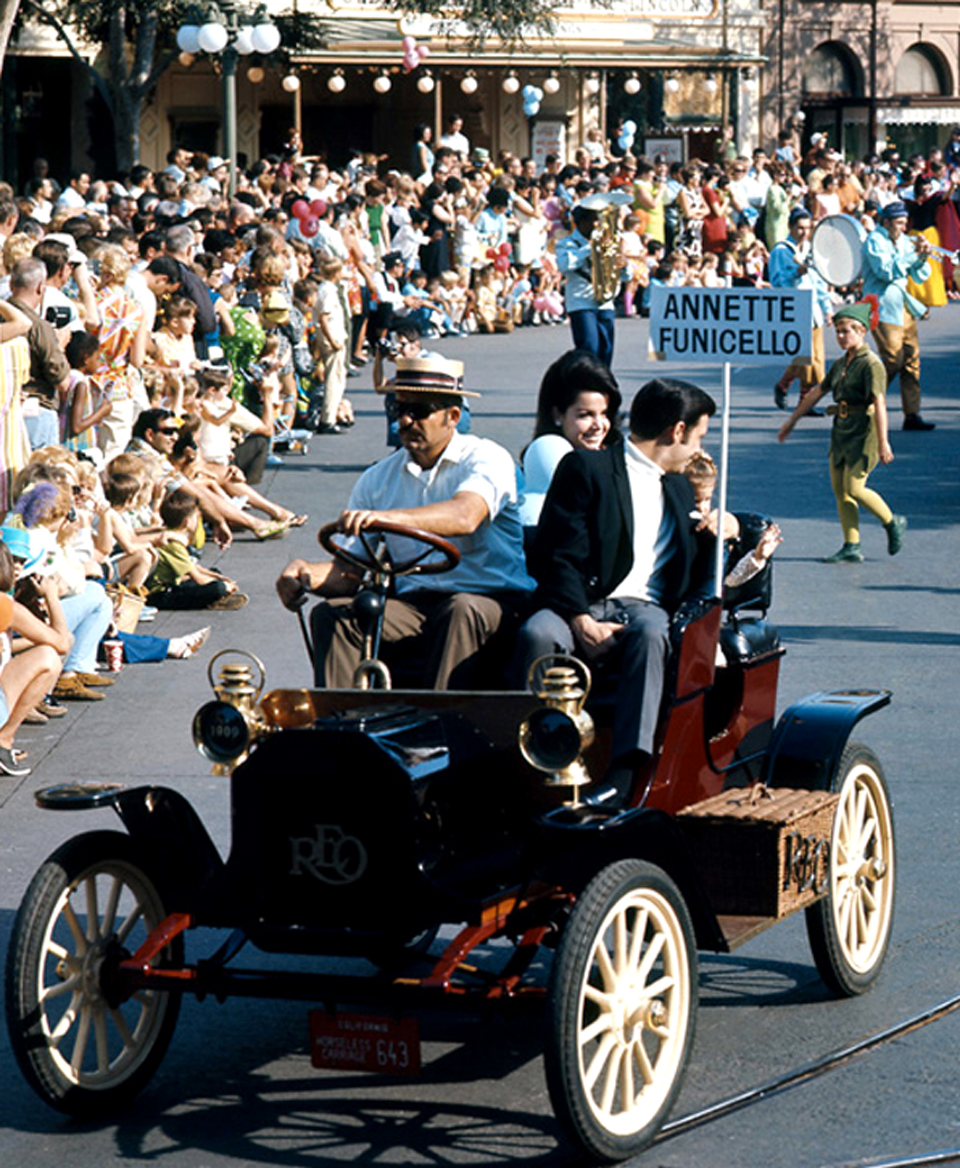 * Photos courtesy of The Walt Disney Company and the estate of Annette Funicello.