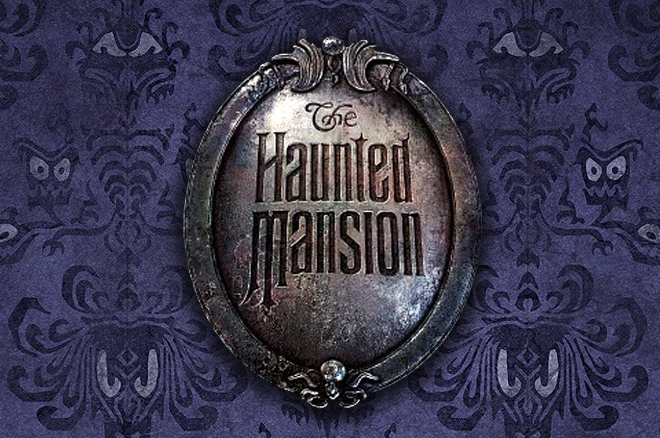 The Haunted Mansion is one of only two classic Disneyland attractions to launch a live-action film. The other is a bit more pirate-y and we all know how that franchise turned out! After watching The Haunted Mansion for the first time on DVD a few years ago I was surprised and delighted. It became an instant Sunday night favourite at our house.

Here are the five reasons why this underrated feature deserves a second look:

There is an overwhelming amount of talent associated with the production of The Haunted Mansion. Producer Don Hahn, Director Rob Minkoff, Production Designer John Mhyre, Visual Effects Supervisor Jay Redd, Costume Designer Mona May and Special Make-Up Effects genius Rick Baker are all fans of the ride and all wanted to get the original details right. They each brought the spirit and style of the Disneyland attraction to their work on the film – with impressive results. Their collaboration left no detail unchecked. From the heaving doorways and floating instruments to the phantom hearse and hitch-hiking ghosts – it’s all there. 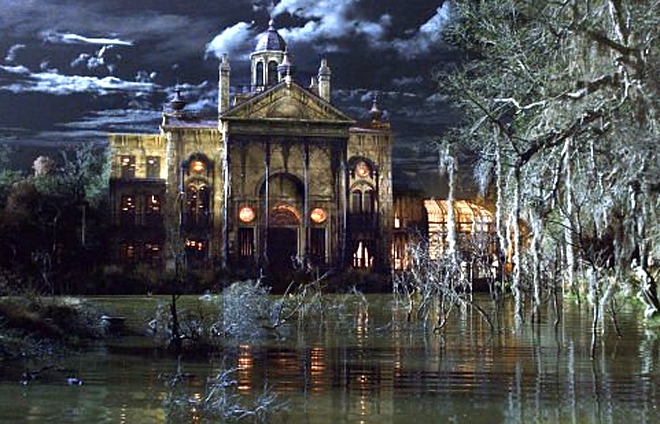 Production Designer John Mhyre and his team expertly recreated the Haunted Mansion’s exterior – a highly detailed forty foot structure with a computer generated cupola up top. Built on the edge of a clay bed – to retain water – the Mansion’s entrance was given a man-made bayou. The water and trees are all real.

The beautiful costumes and warm, velvety colour palette of the opening credits really set the tone for the film’s attention to detail. Images that reference the ride’s iconic ballroom scene are tied here to tragic events that curse the Mansion and it’s grounds. Like the ill-fated dancers turning in the music box, the opening credits are clues to the Mansion’s darkest secrets. I thought it was a clever nod to open the film with a ‘Welcome foolish mortals’. If you let the credits play to the end you’ll also get a ‘Hu-rry… ba-ack!’

3.  Costumes Designed By Mona May

In the Haunted Mansion Mona May’s costuming ranges from the elegance of richly detailed and beautifully coloured period gowns to the shredded remnants of decaying zombies. Her work is incredible. To achieve a unique on-screen look for the cemetery ghosts Mona developed a special reflective paint using scotch light – powdered glass beads that glow when shone with direct light. Together with her team, each actor’s costume was intricately hand-painted to send light back to the camera in a specific way. When the footage was taken into visual effects the technique produced a never-before-seen magical glow. 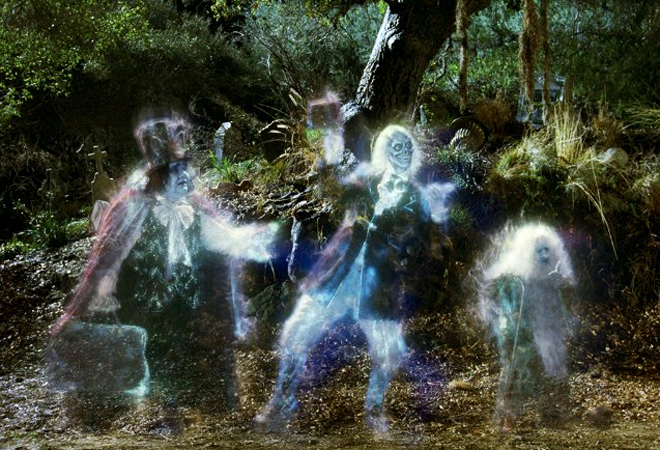 Rick Baker is a legend in his field and his talent is tremendous. As a Disney fan he jumped at the chance to work on the Haunted Mansion – and admitted to geeking out over reproducing as much detail from the original ride as possible. Rick even has a cameo appearance in the cemetery scene – in full make-up that faithfully reproduces a classic Haunted Mansion character designed by Disney Legend Marc Davis.

The cemetery sequence is my favourite in the movie. It’s the Disneyland attraction come to life. The fly-through is a mini-masterpiece made up of a combination of motion control photography, matte painting, blue screen photography and a large steady cam shot. It’s a beautiful tableau – complex and completed over many days and at different locations.  A definite must-see for Haunted Mansion fans. The cemetery’s singing busts – although no help to Eddie Murphy’s Jim Evers – are highly entertaining, too. 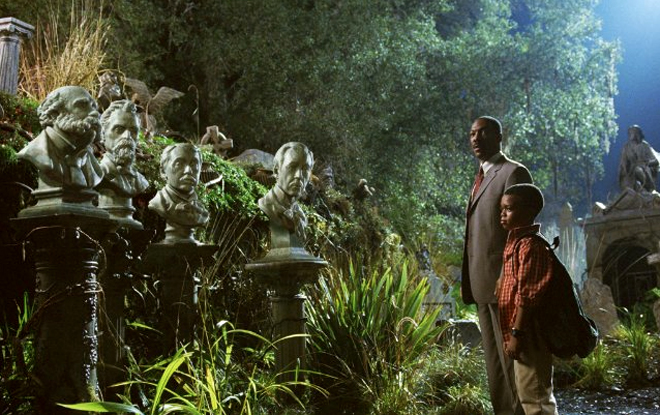 Making a movie out of a Disneyland ride originally developed without a linear story is no easy task. Yet true to the attraction, every detail we’ve come to know and love about The Haunted Mansion has been cleverly woven into the on-screen story. It’s quite an accomplishment. The movie is entertaining with excellent performances by the entire cast. It’s a great family film with a few frights and highly underrated. I think The Haunted Mansion definitely deserves a second look. 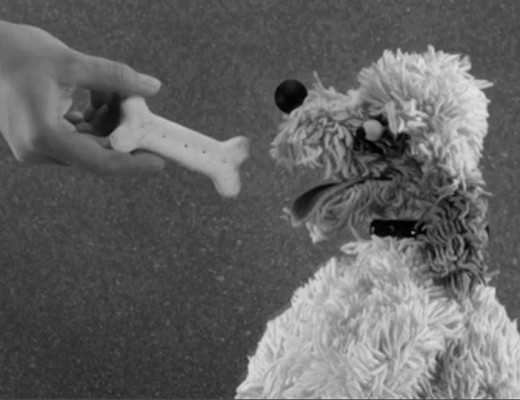